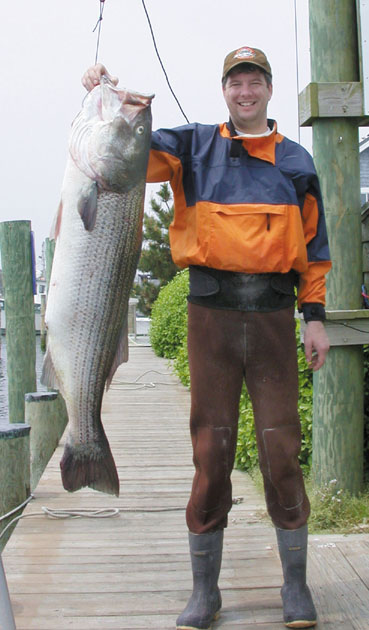 Description: Chris Salp, of Alexandria, VA, set a new Maryland Atlantic Coast Division striper record last weekend when he caught this 52 1/2 lb. beauty while surf fishing at Assateague Island. Salp was using a bunker head as bait when the big cow struck. It took him about 10 minutes to land the fish on 20 lb. test line. The striper was 54 inches long, with a 28 1/2 inch girth. It was weighed at Ake Marine. As reported on The Coastal Fisherman at http://www.coastal-fisherman.com/

Comments on this Image: (Be first to comment.) You must be registered user and logged in to comment.
Login or Register and you will be returned to this image page.